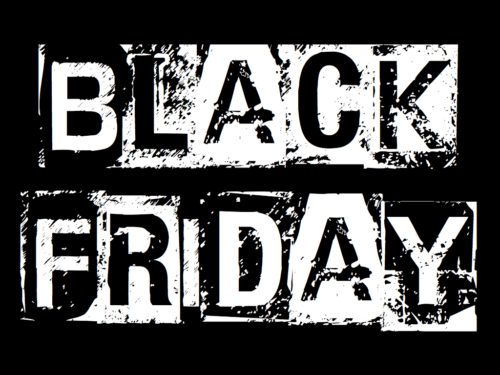 This time of year, we want food, and we want to shop!

Every Thanksgiving, millions of American stuff themselves with turkey and pie; and then wake up at dawn to try and get in on black out discounts in basically all retail stores. It may make you think, what is Black Friday? Where did it come from? Why is it such a big deal? Well, you’re about to find out!

There are many myths and conspiracies of where the term ‘Black Friday’ first came from. The first recorded instance of the term being used was all the way back in 1869. When two Wall Street financers tried to scam the system by attempting to buy as much of the nation’s gold as they could, causing the price to shoot up and then sell it for massive profits. On a Friday in September, the conspiracy finally unraveled, sending the market into free fall and bankrupting everyone from barons on Wall Street to farmers. They called it, “Black Friday”. However, this use of the term is not the story behind our holiday shopping send-off tradition.

The true story behind Black Friday is not as great as many retailers may want you to believe.

It was back in the 1950s in the city of brotherly love, Philadelphia. The term was used by police to describe the chaos that occurred when the hordes of suburban shoppers and tourist flooded the city in advance of the big Amy-Navy college football match-up. Not only would police have to work on the Friday, they would get extra-long shifts to control crowds and traffic. By 1961, the term had caught on in Philly, but the term didn’t spread to the rest of the nation until the 1980s. Retailers around the country used it to their advantage and basically fashioned a holiday out of the term. Retailers pretty much gave the term their own ‘version’ of how it came to be. As the story goes, stores would be experiencing loss all year (“in the red”) until the day after Thanksgiving, when stores would supposedly earn a profit (“in the black”) due to the fact that holiday shoppers blew so much money on discounted items. Though retailers do record losses in red and profits in black, this is not the true upcoming of the “Black Friday” term.

In 2016, over 154 MILLION consumers shopped in stores and online- no wonder retailers start their Black Friday flash sales earlier and earlier every year! Just internet sales racked up over $3.3 billion last year. The main question consumers must ask is if fighting the crowds is worth the insane discounts and deals retailers put forth to kick off the holiday gift-giving season… I think everyone’s wallet would say it is!

**Don’t forget to stop by the store and see us on Black Friday and Small Business Saturday, (November 24th & 25th). We will be offering up to 50% off on items throughout the store; and this will be your last chance to get in on some awesome savings before the holidays!