As the air turns crisper, the need for a cozy, warm- fuzzy feeling rises. Lucky for those born in November, because their two birthstones come in some of those, feel-good colors.

Like October, November has two gemstones that are associated with the month! Citrine and Topaz are the chosen lucky gems. Now, although Topaz comes in many different colors, the yellow topaz is the designated shade. These warm, sunny tones are sure to help you cozy up as winter sets in! 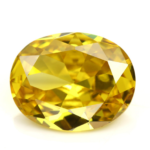 Both citrine and topaz are known for their calming energies, and bringing warmth and fortune. They actually look so similar that throughout history, they’ve often been mistaken for one another. (only the yellow topaz, of course!). Because of all the color topaz occurs in, it’s been mistaken for many other gems over history as well. Most natural topaz is a pale blue shade, while the most rare and valuable topaz is yellow, or pink to reddish-orange; while red and violet shades are incredibly rare. These gems are commonly treated to enhance their hues for jewelry.

Because imperial topaz is November’s original birthstone, we’ll go into detail in Part I. 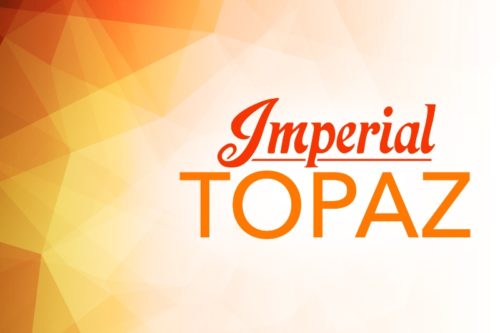 Topaz has a history that goes back at least two thousand years! Use of the gem can be traced back to the ancient Egyptians, when they believed that the yellow topaz got its golden hue from the Sun God, Ra. The Christian Old Testament even refers to topaz! The name topaz derives from ancient Sanskrit language and means “fire”.

Yellow topaz, also known as Imperial topaz, is well known for its smoky brown color and golden yellow tones, which have long been associated with the earth and harvest. These hues represented planting seasons and the fertility of life. Throughout history, yellow topaz gems have been symbolic of the outdoors and induce images of all things organic; the rich soil, harvest grains, even the sun.

Many believe that yellow topaz represents serenity and empathy. That’s because the brown and golden colors have long been associated with the home and family. Some even swear that when wearing a topaz pendant while entertaining guests, it will help foster an atmosphere of harmony, warmth and pleasantness. The stone is a symbol of balance and is believed to promote emotional stability and hospitality.

In Ancient Greece, topaz was a powerful stone that could increase strength of the wearer and, (get this…) provide invisibility in desperate times. For centuries, topaz has been thought to be beneficial to those in creative fields, like artists, public speakers, writers, and actors. The gem supportive of visualization, manifestation, creativity and generosity, which will attract prosperity into one’s life. The golden rays of Imperial topaz will recharge the wearer, both physically and spiritually. Wearing the gem is thought to allow you to overcome self-imposed limitations, and help to recognize your abilities and move forward with generosity and an open heart.

All you November babies out there can cozy up with your own sunny gem this winter- and you only know the half of it!

Check back for Part II of our November Birthstones post to discover another golden gem associated with this month, the beautiful citrine. Happy welcoming winter! EDIT: Part II is here.