Alexandrite gemstones don’t come with all the history and lore like many of the other birthstones. In fact, the gem was not even discovered until the early 1800s. Its young life has no effect on its popularity and value however, as the gem is considered one of the rarest and most valuable in the world. So rare, that any quality of Alexandrite over 3 carats is extremely uncommon!  What makes this gem so desired, is its chemical composition which gives it a chameleon-like behavior, changing in colors from blueish green under natural light, to a reddish-purple under artificial light.

According to legend, Alexandrite was named after the boy Alexander II because it was discovered on the future czar’s birthday in 1834, deep within Russia’s Ural Mountain range. Supposedly, miners were collecting emeralds. One miner gathered his collection of emeralds and took them back to camp at the end of the day, where in front of the campfire the stones glimmered in a brilliant shade of red! Because alexandrite’s red and green hues matched Russia’s military colors, it became the official gemstone of Imperial Russia’s Tsardom. Russia was the only place that high quality Alexandrite was mined until almost all of their mines had been exhausted. It wasn’t until the 1990s when more high-quality deposits were discovered in Sri Lanka, Brazil, Africa and India. However, stones from each different area have their own characteristics.

First the gem was most symbolic of Imperial Russia and was a prized possession among Russian Aristocracy.  It’s modernly known to symbolizes births in the month of June, and the 45th and 55th anniversaries of marriage. Since its discovery, Alexandrite has been said to bring luck, good fortune and romance. With the gem’s changing color, it was said to be a reminder that life is not only what it seems to be. 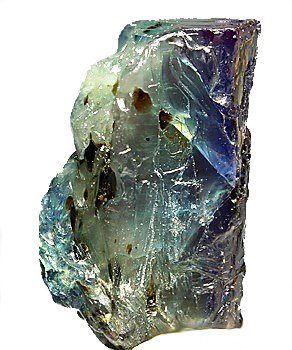 There are many ways Alexandrite’s are said to aid in physical and emotional ailments. The gem is believed to be great for aiding in emotional balance including self-esteem and the connection with nature around you. Along with psychological benefits, alexandrite has also been thought to be beneficial physically. Things likes pancreatic disorders, swollen lymph nodes, and aliments of the spleen as well as the regeneration of neurological tissues and in the treating of diseases like Leukemia.

For being one of the world’s youngest known gemstones,

alexandrite does not lack in the sense of value and desire! Along with the pearl, this gemstone gives those born in June a great selection of both timeless & classy as well as modern & rare gems to choose from. (Can’t go wrong with either of those styles!)