Throughout human history, aquamarine has been a gem symbolizing eternal youth, hope, health and fidelity. The stone has been a valued gem for thousands of years and across dozens of cultures.

Like many other  gems, the use of aquamarine goes back to ancient times. The word aquamarine is derived from the Latin words, “aqua” meaning water, 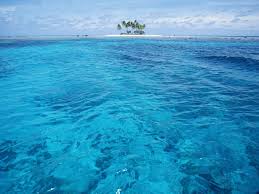 and “marine” meaning sea, which together translates into “water of the sea”. Age-old stories were told of the gem being the treasure of sea witches (aka MERMAIDS!). They cleansed the gems in the ocean by the light of the full moon, and the gems were washed up on shore. because of its connection with the sea, sailor would wear the stone on voyages and believed it promised good luck and safe passage across stormy seas.

Traces of aquamarine can be found in ancient cultures across the globe such as the Egyptians, Sumerians, and Hebrews. The first recorded attributes of the gem were in the 2nd century B.C. It stated when the gem was put in water and taken as drink, it would be beneficial for damaged eyes and with all sickness.

Aquamarine symbolizes the month of March and the 19th anniversary of marriage. However the gem has been a symbol of

youth, health, and hope throughout dozens of ancient cultures.  Aquamarine was thought to reawaken the love of married couples. The ancient Romans  believed the gem would absorb the atmosphere of young love, making it a very popular morning gift for a groom to give his new bride.

During the middle ages, the gem was claimed to be the best stone to use for fortune telling when cut as a crystal ball. Many different methods of using the gem as a divining tool have been described in ancient literature.

Aquamarine is known to be a stone of enlightenment, spiritual awareness, and give the wearer the ability to control their emotions. The gemstone is also highly connected to the Moon and the element of water (again, MERMAIDS). It’s considered an “all purpose” healing stone that can help with both physical and mental disorders, and has documentation of physical benefits dating back to the 2nd century B.C.. Today, modern healers believe that aquamarine aids in fluid retention, a further association with the water aspects of aquamarine.

No matter if you wear aquamarine as jewelry or as in aid in your spiritual journey, its calming pale blue color is the perfect complement to any skin tone or setting!