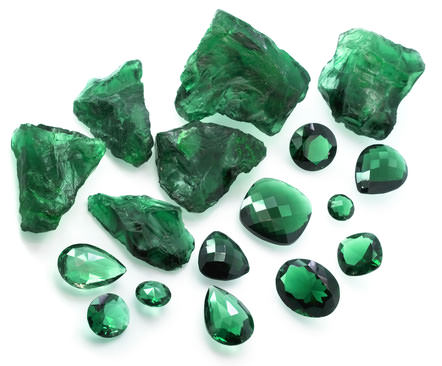 May is the most defining month of spring; when everything starts to bloom and turn green. For this reason, emeralds make the perfect gemstone to represent this season of ‘New Life’. Ranging in color from light to a deep, rich green, emeralds have been a symbol of rebirth and new beginnings since ancient times.

The word emerald is derived from the Greek word “smaragdus”, which 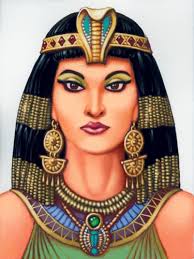 literally means green. The stone has had an important presence in hundreds of cultures all over the world, and for as long as 6,000 years. Even today, emeralds are still considered one of the most prized gemstones. A fine emerald may even be two or three times more valuable than a diamond! (Who knew?!)

Traces of emeralds being mined go back as early as 330 BC in Egypt. The ancients worshipped the gem, believing they indicated fertility and rebirth. Cleopatra, famed queen in Egyptian history, cherished the gems. She even claimed ownership over ALL emeralds during her reign.Throughout history, emeralds had always been prized and worn by the wealthy and royalty.

Legend has it that Hernando Cortes,  conqueror of Mexico, tried to bring giant chunks of emerald that he took from the Aztecs, back home with him. However, one of his ships was shipwrecked, and hundreds delicately carved emeralds were lost to the sea forever.

Known as the birthstone for those born in May, emeralds also represent the 20th and 35th year of marriage. The gem has long been a symbol of loyalty, peace and new beginnings. Because of this, the stone suggests the concept of eternity due to green being a color that constantly renews itself in nature though generations and time.

Many ancients taught that emeralds could enhance inspiration and patience and increase memory & understanding. With these advantages, the gemstone will attract prosperity in business. It’s also known that dreaming about an emerald is a dream of good omens… meaning it symbolizes that you have a lot to look forward to and that your future is bright.

Going as far back as there is evidence of emeralds, there’s been evidence of the gem’s healing powers. In almost every ancient language, emeralds are mentioned to help eyesight. In some even, the gem was said to enable people to foretell future events if the gem was worn on the tongue or the left side of the body.

During the time of Hippocrates, emeralds were even crushed into a fine powder and made into an eye cream. Over the course of time, emeralds have been said to have many uses and beneficial properties. Still today, lower quality emeralds ground into a powder are used in Chinese folk medicines!

In today’s world, emeralds are an excellent gem for those involved with public speaking. This is because emeralds are believed to improve one’s intuition, thereby increasing their perceptions. The gem is known to bring calming and balancing benefits, which promotes creativity and eloquence.

The emerald is the perfect gemstone to represent the new season of life. It’s soothing green color takes you into long, lazy, summer days. With such a rich history and so many beneficial properties, this gemstone is a must-have in your jewelry collection.