As October arrives, our thoughts go to darker places.

Fitting, considering the original birthstone for October is Opal, and opals come with a long, confused, and somewhat dark history! There’s one thing we need to cover first before we get into the histories of Opals, because they aren’t October’s only birthstone! In 1952, Pink Tourmaline (sorry guys!) was also declared the birthstone of October by the National Association of Jewelers. (See October Birthstones: Part II, to learn more about Pink Tourmaline!)

Opal was discovered around 1850 in Australia, and since then, Australia has produced nearly 95% of the world’s opal supply. Wearing opals is definitely
worth the extra care that the gemstone requires. For most of its written history, people have believed the gem was associated with good luck. However, recent superstitions that are not back up by any sort of evidence, claim that opals bring bad luck. This superstition caused a plummet in the opal market for nearly 50 years, until 1877, when the first black opal was discovered in South Wales, Australia.

Symbolism of opals can be traced back far into human history—all the way back to the Bronze Age! According native originals of Australia, the creator came to earth on a rainbow, leaving colorful stones where his feet touched the ground, while ancient Arabic legends state that opals fell from the sky in bolts of lightning. Among the ancients, opals were a symbol of fidelity and assurance. It was also associated with having strong therapeutic value for disease and when worn as an amulet, could increase powers of the eyes and mind.

During Medieval times, blonde maidens wore opals because they were believed to prevent their hair from darkening or fading. They also thought opals could make a person invisible whenever they wished, and for that reason it was called Patronus forum.

You may be wondering where all the superstitions of bad luck came from? Well, the unfortunate wrap Opals have gotten over time is the fault of one 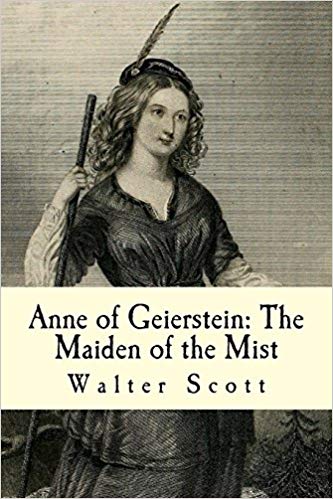 man, Sir Walter Scott. In 1829, Sir Walter published a bestselling novel, Anne of Geuerstein. It followed the story of the princess known as Lady Hermione, who was known to wear an enchanted opal in her hair which gave off firey red flashed when she was angry and sparkled when happy. She was falsely accused of being a demon, and dies after a drop of holy water accidently falls on her opal and destroys its play of colors. The public took this novel a bit seriously, associating the gem with terrible luck. Within months of the novel being published, the opal market crashed.

Opals have been associated with many mystical properties in both the mental and physical realms. They are known to amplify one’s traits, both good and bad- so when wearing an opal, be sure to think positive thoughts! Opals are also known to stimulate originality and ‘dynamic creativity’. They have been characterized as a “seductive” stone, since they are known intensify emotional states- this makes sense considering Opals have always been associated with love, passion, desire & eroticism!

There are TONS of beneficial effects of opal in the physical realm. They have been known to be helpful with treating infections, strengthen memory, easing child birth, eyesight, and overall preventing infections and bad health!

The list of mystical properties opals has accumulated through its written history seems as though it’s never-ending. Nevertheless, even if you weren’t born in October how could you NOT want to sport these gems? With mesmerizing colors, and lucky juju with love and passion, and not to mention immunity from infections and memory loss- these gems are the triple threat! Literally!